The largest island in the Caribbean is truly one of those places that if you don’t go, you will have been robbed of something special in your life.To many Iceland is known as photographers paradise, something like Cuba you just have to go too, regardless of photography. But like Iceland, if you seek a photo opportunity Cuba seriously packs a punch.My first encounter with this wonderful island was 2001, time had passed as well as the countries leader, Fidel. I was very interested to see just what 16 years could do.

Hopefully nothing at all.

A communistic country, only the few are privileged to own a passport. For the majority life starts and ends with only Cuba. Something that to be frank when your there doesn’t seem like a bad thing at all, its lovely! But I guess if your local born and you hear of the glitz and glamour of the Western world, red carpets, over paid Football players, the freedom to travel that we take for granted, Cuba could feel like the only thing that’s missing, are steal bars.

Cubans could not be more friendly if they possibly tried, they are as beautiful as the country that  they were born in.As for crime, it hardly exists. You never feel threatened and you’re always made to feel at home.

Havana, the capital is where your photo opportunities await. If you have never been, there is no set rule just get out there and get walking. The streets are cobbled which only adds flavour to the backdrop, and almost every bar you stop at will have a live band of sorts. 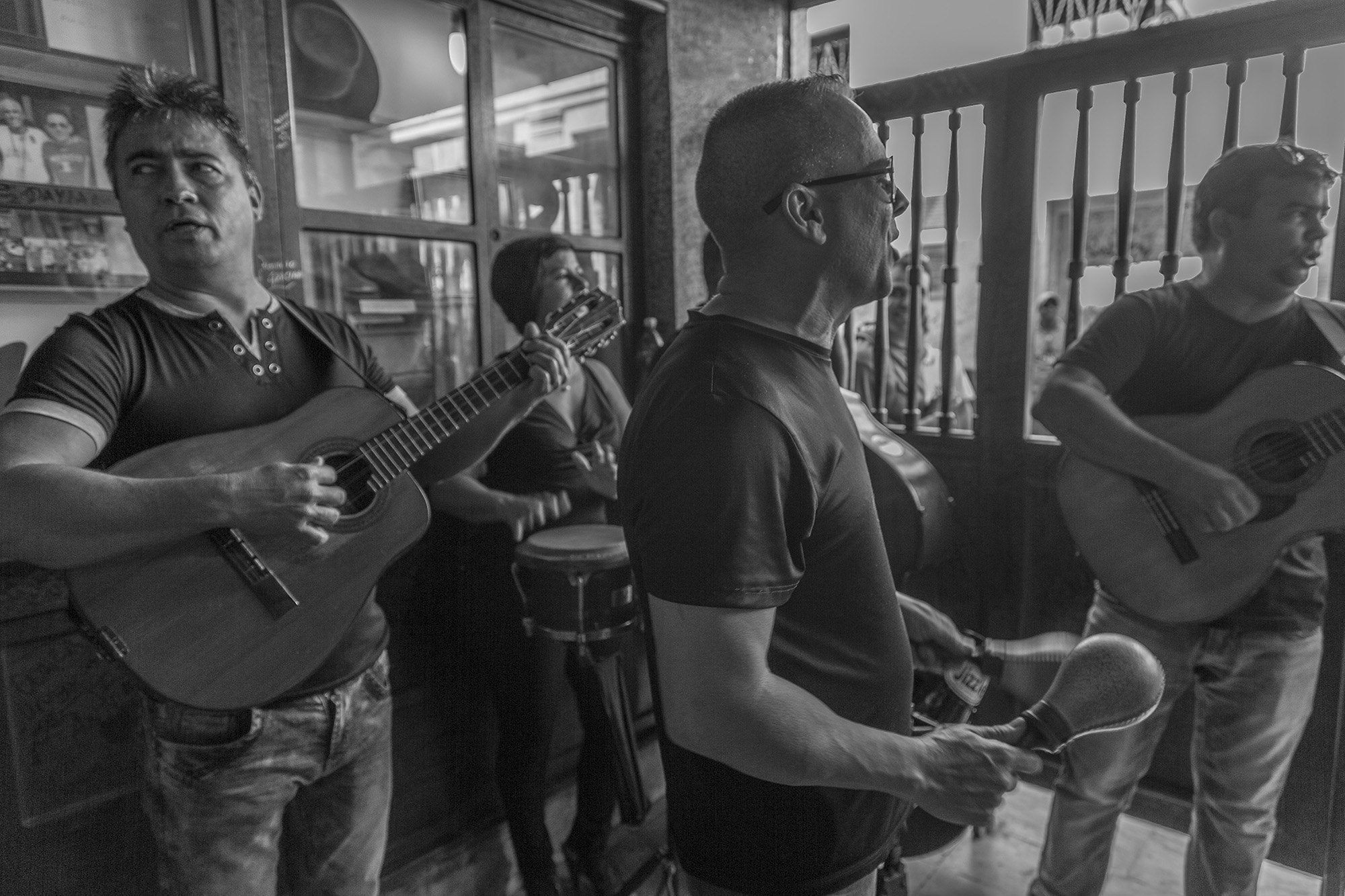 The country is poor, Havana’s architectural history has taken a beating from the tropical salty air, decay is ripe. However, if its a photo you seek this little factor will only enhance things for you.

Most new vehicles came to Cuba from the United States until the 1960 Untied states embargo against Cuba ended both importation of cars and their parts. As many as 60,000 American vehicles are in use, nearly all in private hands. Of Cuba’s vintage American cars, many have been modified with newer engines, disc brakes and other parts, often scavenged from Soviet cars, and most bear the marks of decades of use.

Common thinking would have you believe they are there purely for the tourist which is false, they are island wide and just a part of life, but to a photographer a pure delight! And for lucky Cubans who own them, a slightly more comfortable income I’m sure. 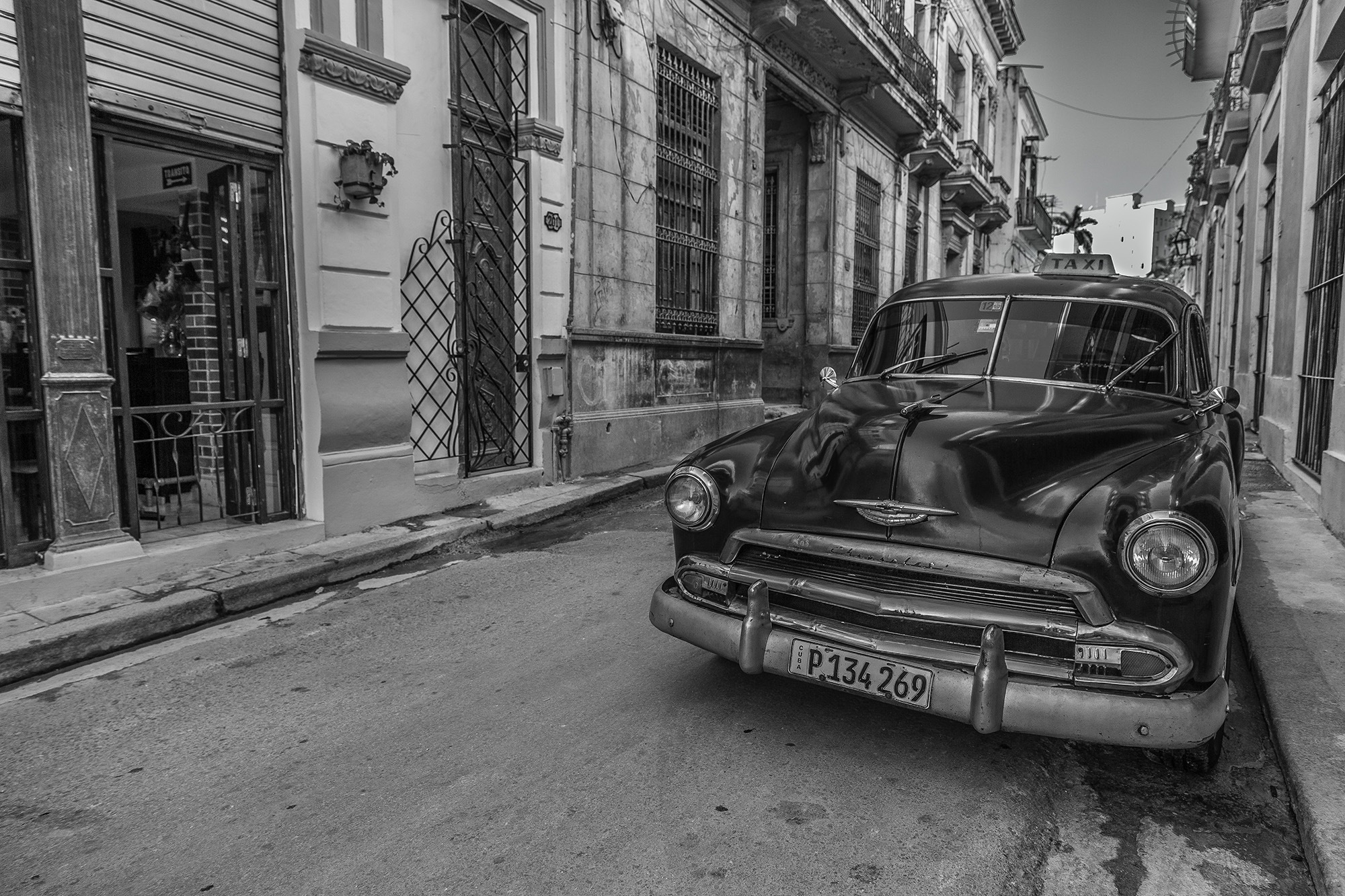 Oldsmobiles, 55 Chevrolet’s, 58 Plymouth Belvedere’s, Antique Ford Trucks and not forgetting the vibrant pink caddy’s, weather your into vintage cars or photography, you will have it all.

16 years had passed since I was last here, in that time the country had lost its iconic and much loved leader, Fidel Castro. Raul Castro his brother had taken charge and then President Barack Obama descended on Cuban soil, becoming the first American president to visit Cuba in nearly a century, and the first since a revolution led by Fidel Castro toppled a US-backed strongman in 1959.

Was it different? To be honest I didn’t feel too much difference, which to me was great, I didn’t want there to be.

But it was the local taxis that caught my eye and had changed a lot, of course you have your American classics, and the Russian made Moskvitch cars, but now I was seeing a lot more Chinese and Korean built cars made up as yellow cabs that had been imported.

The beaches are heavenly as you would expect, the smell of cuban cigars drift pass you in the sticky air on occasions and is of pure delight, and the Mojitos and Rum Collins are to die for.A country stacked with History, playwrights, gangsters and baseball players, this place has it all, even if your not into photography and just want to mooch about the local markets.

If you find yourself going promise yourself  ‘at least’ these 3 things..

A mesmerising experience, watching hand rolled cigars of all shapes, sizes and names being made in their thousands. The smell of an unlit cigar is remarkably intoxicating.

This just wouldn’t be the same anywhere else in the world, the antiquated interior smell fused with gasoline and oil is truly heavenly to the nose as you cruise at night with the warmth of the Caribbean air hitting your face. Truly blissful. 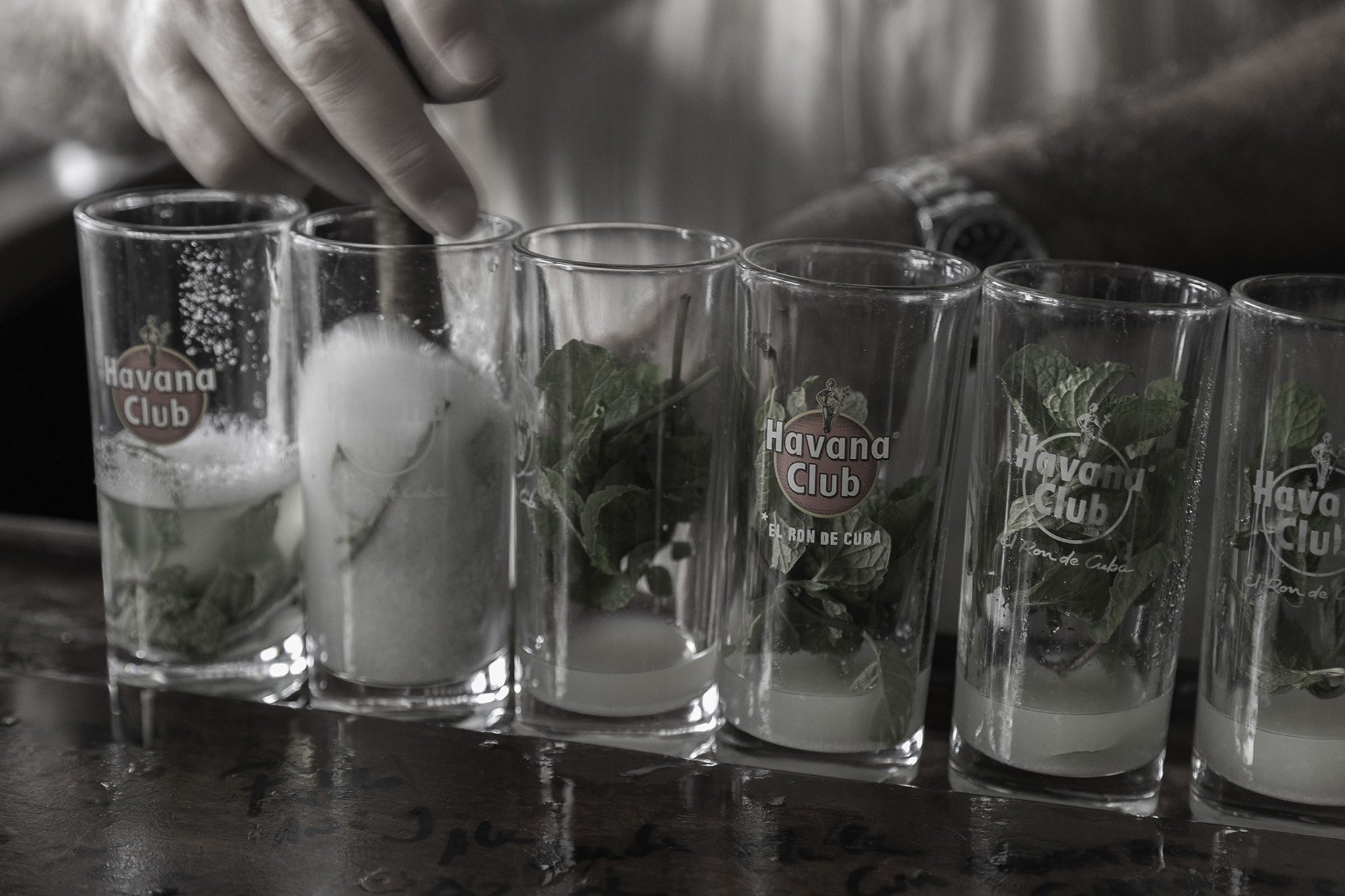 This bar is by far one of the most well known, historic and important locations in Havana. It is rumoured to be the birthplace of the Mojito, and once a regular hangout for Ernest Hemingway. His framed signature graces over the bar, yet a very small bar this place rocks! Atmospheric to the maximum even if you’re standing outside, commonly accompanied with live Afro-Cuban-Jazz musicians and the mojito will be the best you will ever find.

For me, one as a photographer as well as a traveler I hope that Cuba never changes. Despite it’s set backs it remains so upbeat.

Don’t just get stuck on a beach, make sure you explore its heritage. 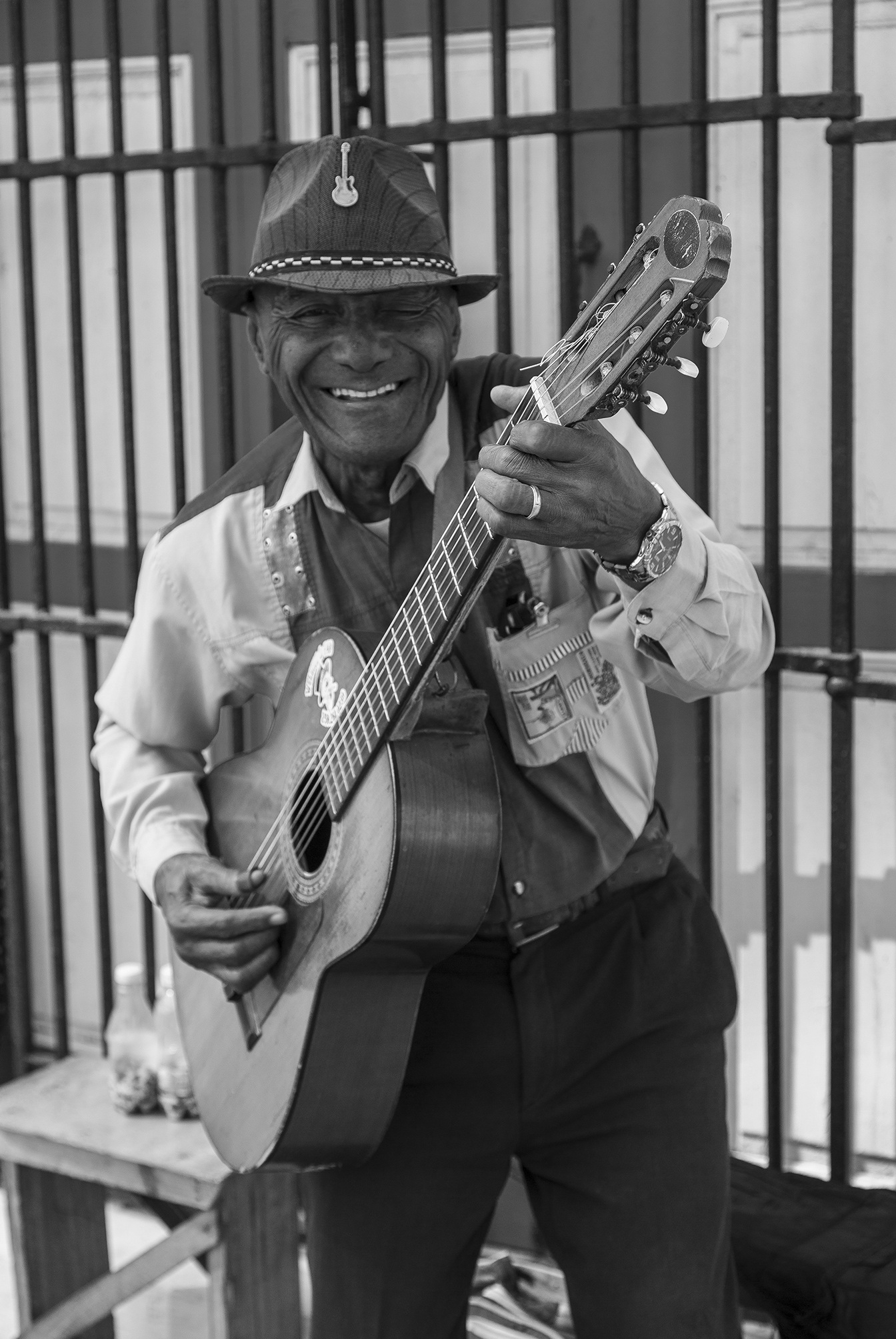