When you think of Estonia for me it conjures images of a raw rugged landscape, that word “Estonia” it sounds Mountainous, cold and barren, with rivers, valleys, and knee deep in snow, looking not unlike a postcard you would receive from Iceland or possibly Scotland. However, when you arrive and get moving it soon becomes very apparent that the entire country is as flat as a pancake sprinkled in forests. My time in Estonia did not take me to Tallinn the capital straight away, but much further south, approximately 116 miles south to the enchanted city of Tartu.

Tartu, Estonia’s second largest city, is often considered the countries more intellectual centre, due to the fact it holds the countries largest and oldest university to more than 17,000 students. With Forests everywhere covering roughly half of Estonia’s land consisting of mainly of Pine, Birch, Spruce and Aspen trees, Tartu sits in the south of Estonia with neighbouring countries Russia to the East and Latvia to the south and the Baltic sea to the west. The country has been dominated by foreign powers through much of its history, in 1940 in was incorporated into the U.S.S.R as one of its republics and remained a soviet  republic until 1991 when along with other Baltic states it declared independence. 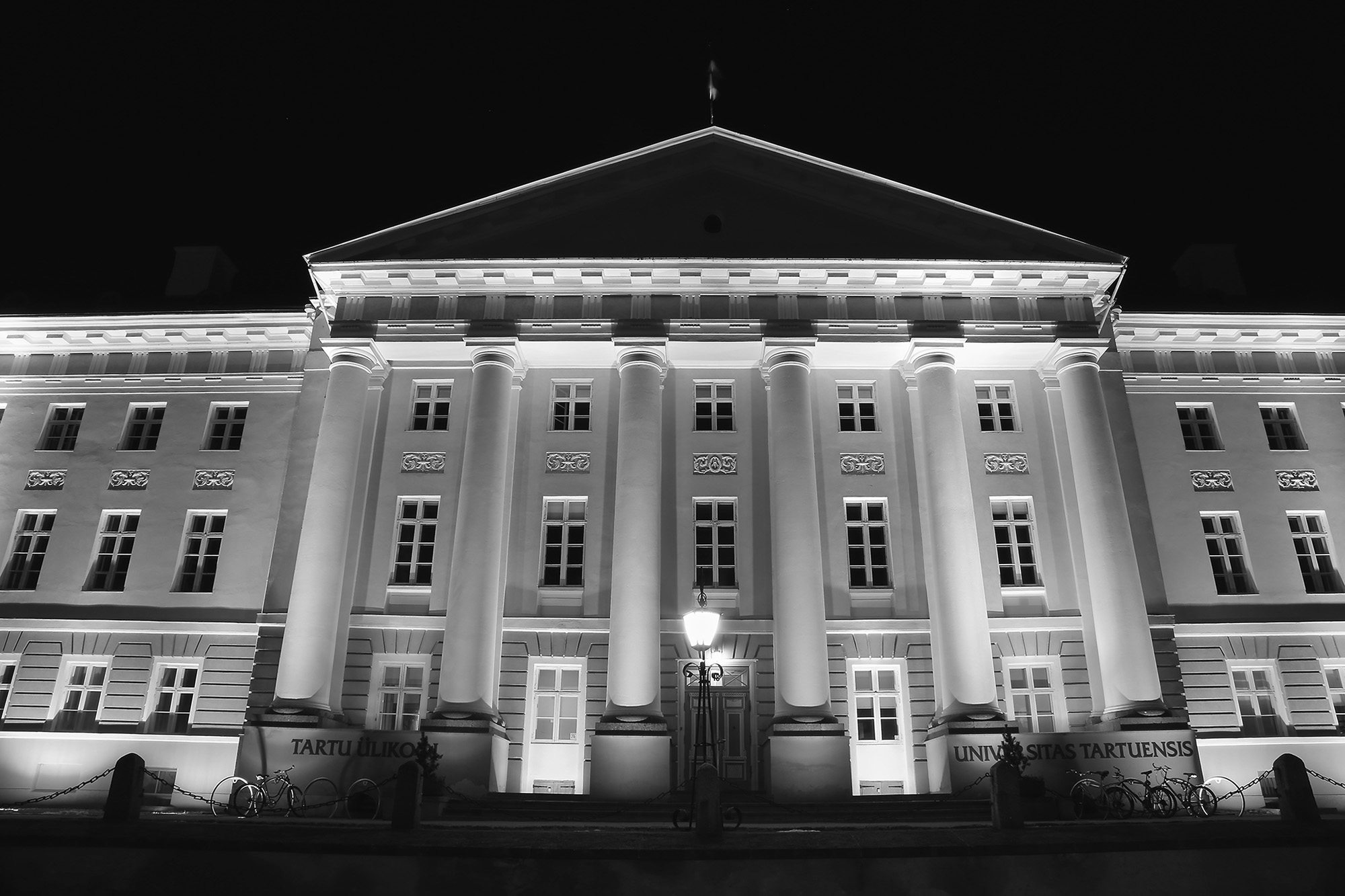 Estonia is one of the few places in the world where its ‘illegal’ for you to wear a safety belt while driving and is equally illegal if you go too slow! I am of course referring to when the sea freezes over and small highways can be made out of the ocean itself, thus being able to drive safely across to smaller Estonian islands such as Hiiumaa and Saaremaa.

What was a small eye opener was learning about religion. Most of the country seemed to come across in way that was more atheist than anything else, off course it still had its churches,  but over roughly 70% of the country does not follow a religion, and whats more impressive is that there is hardly any crime. Of course you still get your petty crime, people who have succumbed to drugs, its fare to say you get that in most capitals. But apart from that, it felt very safe, and even though you must never leave home without your common sense it left me thinking, maybe the Estonians have a got it right?..

My timing said it all, Estonia had not seen a Black Christmas for many years now, and in February things should be pretty much caked deep in snow, with temperatures plummeting to -20 at times. I guess I have the luck of the irish? and Im not even Irish so go figure.

When I arrived there was but a dusting of snow that could be seen from the plane and the local temperature was about -3, Only I could plan such a trip! But in no way did it take any zest out of being there, and when your visiting your own cousin you haven’t seen in years and all the two of you want to go out and shoot with your cameras, really it made no odds, I was happy as a pig right in it. 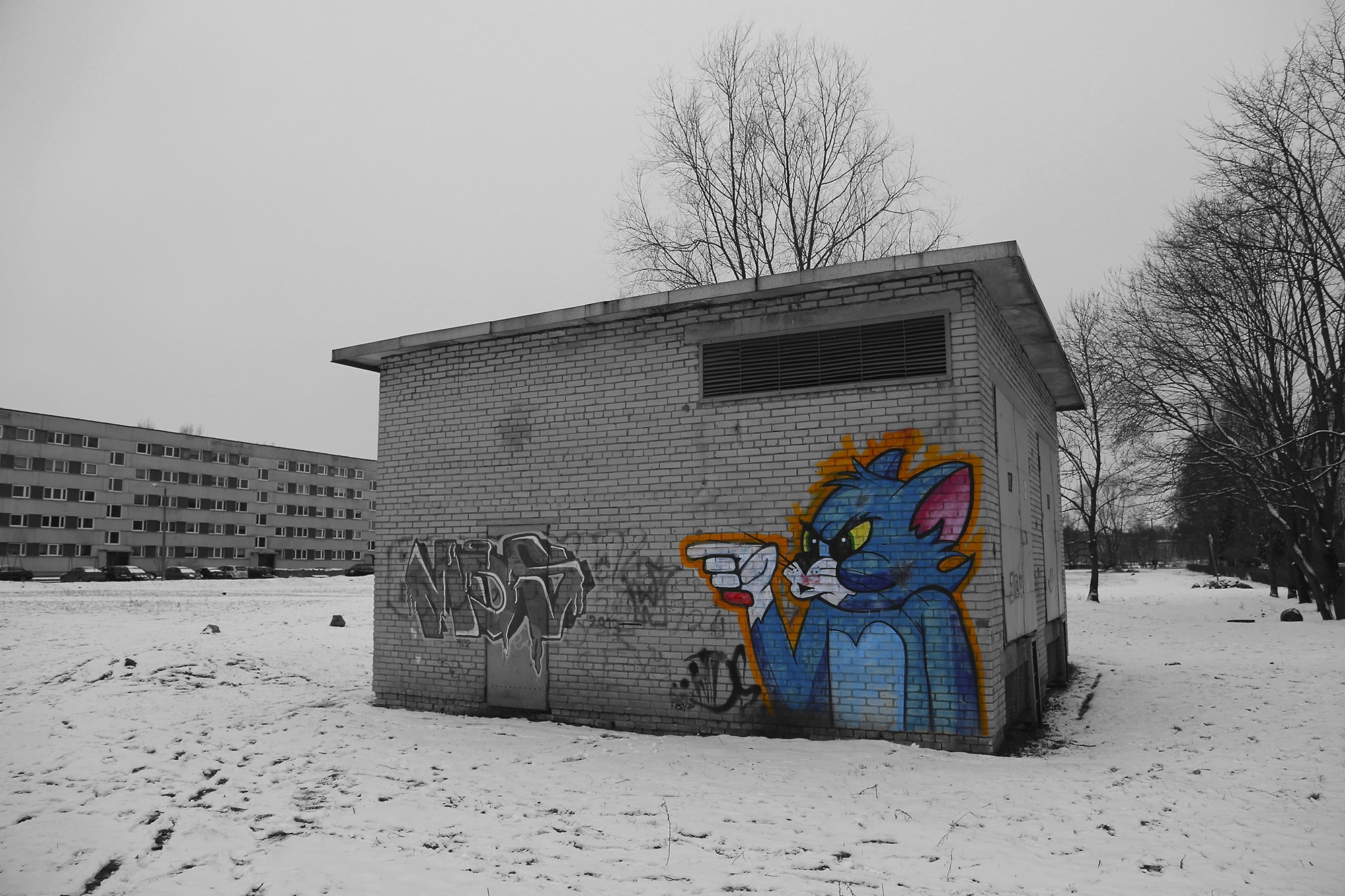 Tartu is big enough yet small enough. With the towns main attraction, the sculpture ‘The Kissing Students’ in front of the iconic Town Hall, this small city was friendly, yet relaxed and always on the move, with barmaids that were most distracting and its impressive Tartu University. Again most Europeans seem to put the English to shame with there speaking skills, as well as being fluent in 2 or more languages not forgetting there own.To begin with its was hard to determine the Estonian ascent, due to the fact that as much as almost 25% of Estonia is made up of Russians, but as a few days passed you slowly could hear the difference as some started to sound sterner than others, the Estonians being the softer spoken of the two.

Two hours due north from Tartu is Estonia’s main event, Tallinn.The capital first appeared on the map from 1154. The Old Walls of Tallinn separate the old town from the new and were construed in 1265 and are named the Margaret Wall, after Margaret Sambiria, and are today a World Heritage site. 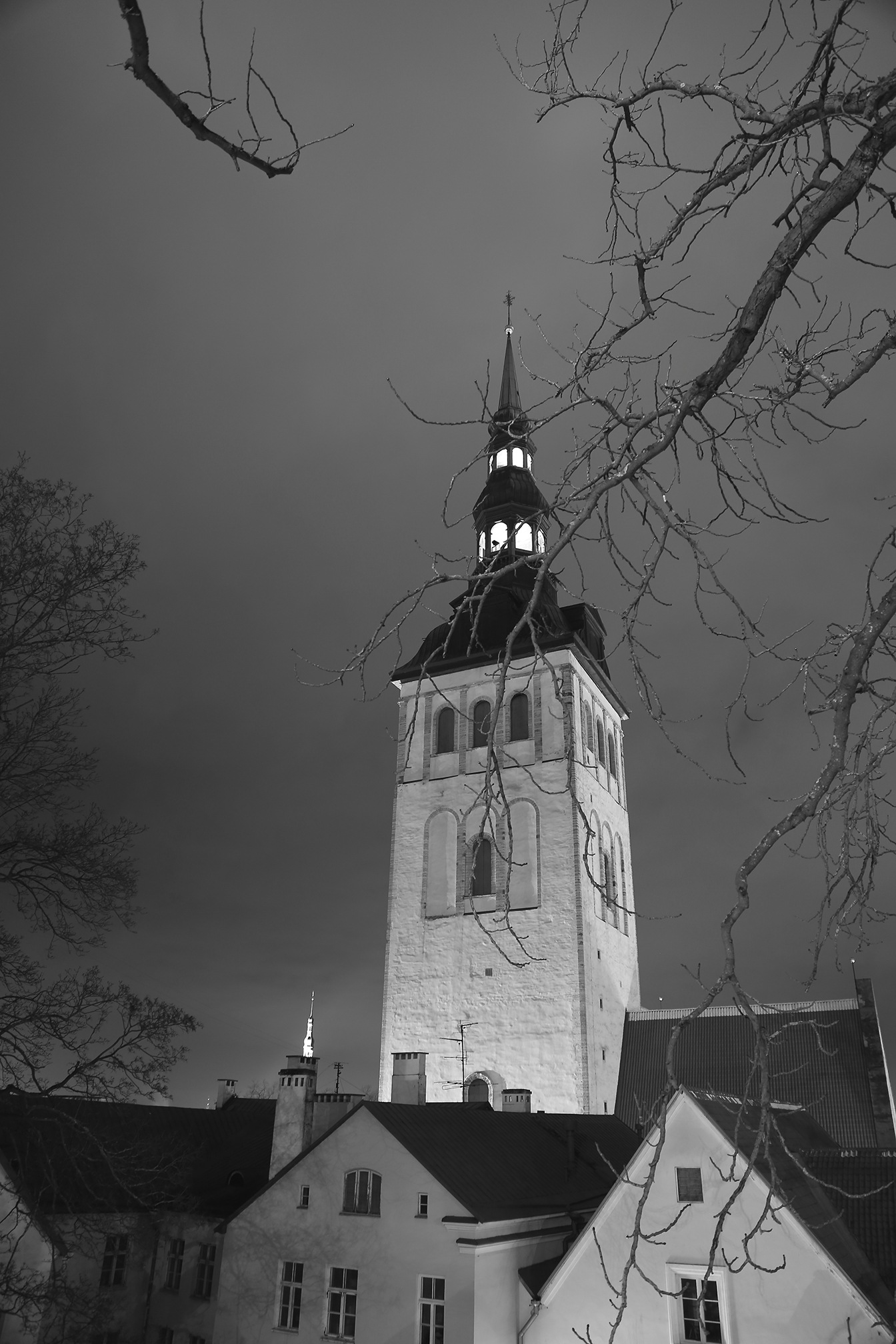 Tallinn is Medieval, the buildings and towers look like something associated with King Arthur and his knights, the ladies dress in traditional style, in restaurats and shops alike they all present themselves accordingly and look like the perfect Maid Marian or Rapunzel, a truly wonderful site. The roads and paths remain cobbled. The first tram route was opened in 1888, and in 2008 the tram celebrated its 120th anniversary. At the centre of the old city you will find St. Olaf’s Church, which believe it or not once boasted of being the worlds tallest building, from 1549 to 1625.

It was easy to see why Tallinn was popular with the tourists, I’m sure the Christmas Markets are outstanding, an excuse to revisit maybe, even if its just for one more Honey Beer, a favourite among the locals and one of the best beers your ever taste.

I was graced with cold nights not too mention great hospitality. A trip well worth the wait steeped in history and cultures, I even got a blanket of snow for 24hrs, but as soon as it came, it was gone, but not forgotten.

My warmest thanks to Danny Allen and Madli Kütt for there hospitality and for showing me fantastic week in a beautiful part of the world.